There are 18 cabins total in our facility, from small cabins, larger log homes, to the Executive Silver Mountain Lodge to choose from. All the cabins are different sizes in which they fit up to 2 to 12 people.

We’ve have done TONS and TONS of improvements and updates to this place since we purchased it going on the 7th summer this year.  Our pride of ownership shows and we want all to come and enjoy it.

Our cabins are centrally located between Keystone, Hill City, Rockerville, and Rapid City.  With short travel times to popular Black Hills attractions and also an easy cabin to find, it’s a no-brainer!  Hillside Country Cabins is the place to be!

For your enjoyment, we have built a walk about trail around the back of the property from Cabin #10 to Cabin #18.  There are great rock formations in this back area of the property and Hills around us. Our area has also been known for lots of deer, elk, antelope (pronghorn) herds, and mountain lions, hence the original name the “Deer Huts.”

We are a local family-owned, operated business with all of us working here.  We purchased Hillside Country Cabins in May 2013.  Randy and Valerie owned and operated other businesses for over 36(+) years and always wanted to be in the Black Hills to raise our girls and enjoy what the Black Hills.  Our dream was to live in the Black Hills.  We, unfortunately, lost Randy a few years ago and Diesel, our family bulldog, a few months ago.  We are blessed to have such great friends and staff to be a wonderful part of our lives. Special Thanks to all of them as we continue on here.

Since we purchased these cabins and log homes, we continue to improve our place for all to come stay and enjoy!  We strive hard to provide a great stay for your vacation, in which you all work so hard for all year long to go and enjoy.  So come, stay, and make some great life-long memories here at Hillside Country Cabins in the Beautiful Black Hills of South Dakota.  Hope to see you soon to have a “Beautiful Day in the Hills!” 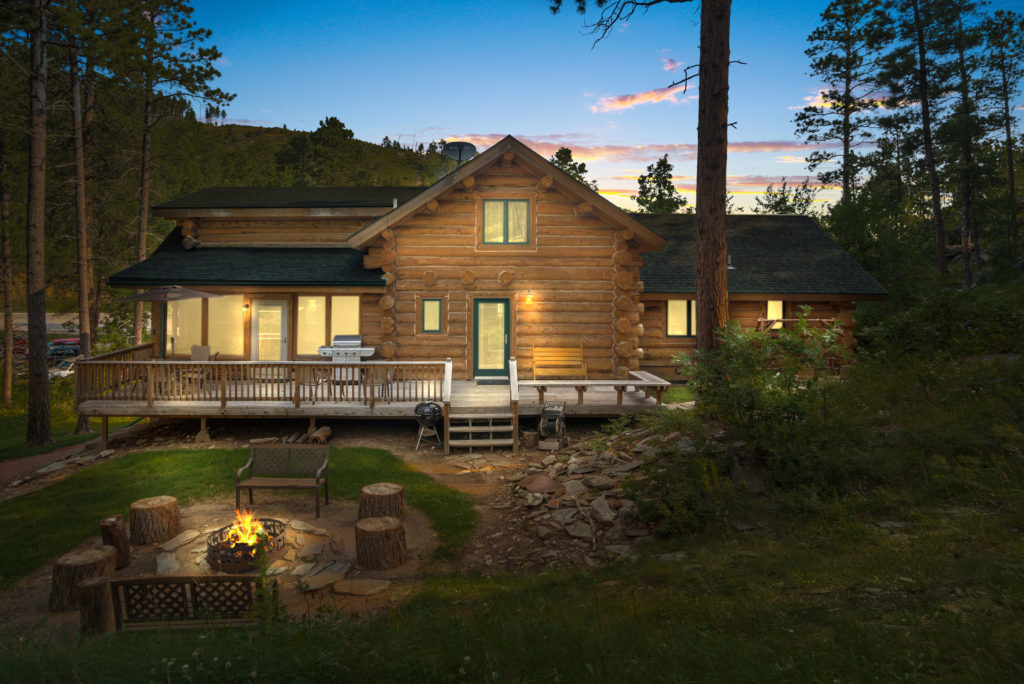 The History of Hillside Country Cabins 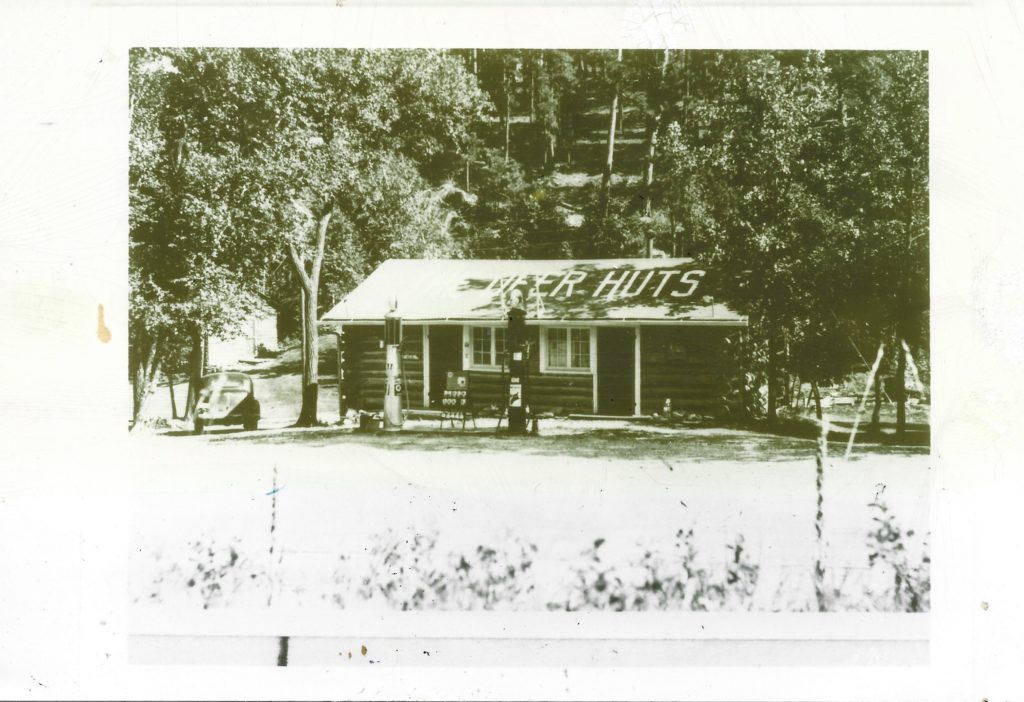 Hillside Country Cabins, formally known as the “Deer Huts” and/or “Hillside Country Cottages,” was established in 1931, making it one of the longest cabin rental properties in the Black Hills. In 1931, some Original 1929 cabins were moved from a Black Hills work camp to our current location.   When these original cabins were brought down, they were built on a shale rock foundation, which still holds up the original cabins to this day.

In 1986, there was a huge forest fire that jumped over the hill across from the property and amazingly, it did not destroy this property.  You can see on the hills where the huge blaze went through. Additionally, in 2006, there was a fire that destroyed the front house and office areas. The office was rebuilt where it was originally located. 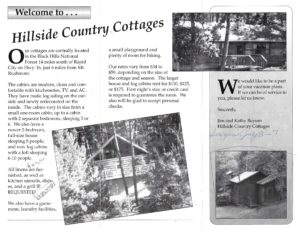 We are still investigating the long history of this property and the old abstracts that date back to the 1800’s. As far as we know, this is one of the oldest cabin rental/camping grounds in this area that is still in operation.

Pavillion Area for our Guests